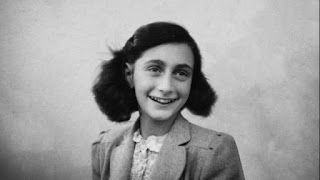 Toda is the birthday of Anne Frank, born on June 12, 1929, in Frankfurt, Germany. When she was only around four years old, she moved to Amsterdam in Netherlands, after Adolf Hitler and the Nazi Party gained control over Germany.

In May 1940, the German police trapped her Amsterdam and she lost her German Citizenship in 1941, thus becoming stateless. Then, the hardship and persecution began for little Anne and her family. They went from one place to another to hide.

Her father, Otto Frank, worked until the family was arrested by the Gestapo (secret state police) on August 4, 1944. Anne kept her diary, which she received as a birthday gift, when her family went into hiding and wrote in it regularly about her emotions, suffering, and the society of the time. In 1945, Anne died in the Bergen-Belsen concentration camp.

Otto was the only one from the “Secret Annex” (where Ann and her family were hid for over two years and she wrote her diary) to survive the war. He was liberated from Auschwitz by the Russians. During his long journey back to the Netherlands, he learned that his wife Edith had died. He also heard that both his daughters, Anne and Margot, were no longer alive either.

Anne’s writing leaves a deep impression on the reader. Her father read the text many times and tried to understand the mind and heart of his child. She wanted to become a writer or journalist. She wanted to publish her stories about life in the secret annex.

A Conversation With My Daughter

Many friends persuaded Otto to publish his daughter’s diary. Finally, on June 3, 1947, 3,000 copies of “Het Achterhuis” (The Secret Annex) were printed. It was translated from its original Dutch version and first published in English in 1952 as “The Diary of a Young Girl”.

Since then, it has been translated into over 70 languages. This diary became a historical document symbolising resistance during the Holocaust. Otto hoped that readers of the diary would become aware of the dangers of discrimination, racism, and hatred against the Jews.

There are many things world can learn from the Nazi era of Germany, to prevent such tragedies against humanity. At the time, the surge of far-right groups occurred and they were no more a fringe element of the society. They were able to capture the government through the electoral process.

Yes, the far-right is still not strong in many countries, however, they are present all over the globe. A couple of months ago, I was reading an article about Anne Frank silently, with deep thoughts and anguish, on my reading table.

I observed silently that my nine-year-old daughter, Zoya, was sitting close by. She had millions of questions about Anne and about those times when Hitler was ruling Germany. Initially, I tried to escape her questions.

However, when she came prepared after reading something on Wikipedia, I didn’t have an option but to engage with her in a conversation about fundamentalism, the far-right, genocide, concentration camps and much more…