The Politics Of Climate Crisis: Why We Need Urgent Action on This World Environment Day 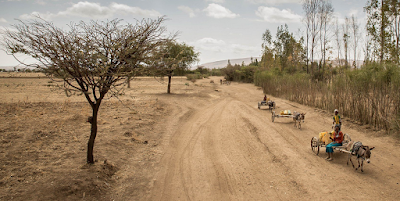 Every year on June 5, we celebrate World Environment Day to spread awareness and take action for the protection of environment. People from all walks of life are encouraged to participate in this response to protect our planet. The World Environment Day was first recognised in 1972 by the United Nations at the Stockholm Conference on the Human Environment (June 5-16, 1972) that resulted from a discussion on the integration of human interaction and the environment.

However, it is two years later, on June 5, that the first Word Environment Day celebrated. The UN adopted the theme ‘Only One Earth’ and since then, the date has officially become the day of a global celebration. In 1987, the idea of different activities taking turns in various nations was adapted.

Today, the world has been grappling with Covid-19 for more than one year, and its devastating impact is quite shocking not only for the developing countries but also the so-called developed nation. Of course, countries whose leaders are not responding scientifically to the pandemic are facing the biggest blow. Why I am mentioning the pandemic here while talking about the environment is because we have globally failed to timely respond to the environment’s call. Now, for quite some time, we have been in an emergency situation as far as the environment is concerned.

The real devastations due to climate change are no more far from reality. There are many signs, but no sign of action by our national or global leaders.

The environmental clock has been ticking towards a climate crisis. Yes, keeping our surroundings green and planting trees are great for our environment, but the action required is far more than our individual efforts. Citizen are not being informed by our leaders, policymakers, media or corporations. Forget about what our schools are teaching us about the greenhouse gases causing an impact on the climate. But who is responsible for this increase in the carbon gases? What immediate and long-terms steps should be taken by our leaders?

We know what happens in Delhi every winter; how the level of Particulate Matter 2.5 (PM2.5) increases in its air, causing severe health problems for the elderly and children. Even the youth and healthy population of the city find it difficult to breathe. But what has been done so far? No impactful or visible action has been taken by the State. I haven’t seen or read about it in the news.

Today, many of us in Delhi are coming together to join in the customary celebration of the World Environment Day, but where is our action to tackle with the city’s air pollution? There has been no decrease in the number of vehicles on roads — if anything, road vehicles are only increasing day by day. No plans to encourage pedestrians or making the city cycle-friendly have been charted or implemented so far.

My next point is about two observations I have made from my native village in Bihar. First is its increasingly erratic rains, which are affecting the region’s crop cycle, which in turn has impacted the quantity and quality of the crops. Secondly, for some years, the frequency of floods as well its catchment area has increased in North Bihar, where almost every year, people are losing their crops, cattle and even their own lives. The impact of these annual floods has not entered new areas, where people were not equipped to face it. In some cases, the passing on of local knowledge from to the new generation has been missing.

The real devastations due to climate change are no more far from reality. There are many signs, but no sign of action by our national or global leaders. All of us know what is happening regarding the Paris Climate Agreement, which was earlier agreed upon in 2015, but no concrete action has been take, even after six years of its conception.

The PM2.5 level increases in Delhi every winter, causing severe health problems for the elderly and children. Even the youth finds it difficult to breathe. But what has been done so far?

One thing is crisp and clear: all countries enjoying global power prefer status quo and that too in partnership with crony capitalists. Because climate interventions require a shift in investment and policies, one thing is clear: growth will not give justice to all. Here, I am talking about all kinds of justice — social, economic as well as political justice. Brazilian economist Celso Furtado said, “A higher rate of growth, far from reducing underdevelopment, tends to worsen it, in the sense of increasing social inequalities.”

We have seen in 2009-2010 the phenomenal growth of the Indian GDP to over 10%, as the market economist explained. But what was the end result? And I am more interested in the cost at which that kind of growth was achieved and who bore this cost. Who lost the most in the process? What is happening in central India, where the indigenous population lives? Weren’t they happy living with the natural resources at hand? But what did our development come and do to them?

I don’t have any complains with people who are celebrating World Environment Day in their own way. It depends on each one of us, how we have trained or equipped ourselves to look at issues such as the environment. But more difficulties come our way when our government as well as other multilateral body such as the UN do not act like they are here to solve or resolve the persisting issue.

Here, we as individual must take charge for our climate to protest on an immediate basis, not only in the form of sloganeering, but also to take a pledge to take action and put pressure on our respective governments and policymakers to take this issue seriously.