The National Press Day and quality in Indian Media 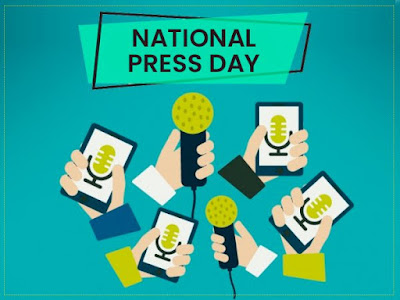 Today, we are celebrating the National Press Day, to commemorate the establishment of the Press council of India, which was formed in 1966, the fundamental work of the Council to check the quality of the reportage being provided by the Indian Press. This is not secret, how Indian media reporting as far as qualities are concerned, specially by the electronic media. I don’t have any idea, what all has been done by the Press council of India to check the quality of reporting

Freedom of expression is fundamental right as stated in Article 19 of the Universal Declaration of Human Rights. Globally, those of who have to work for press are facing difficulties, like working under extreme pressure of authorities and influences of corporate-driven media houses. People from the press have been incarcerated on the false cases, facing torture/abduction and in the many cases in India or elsewhere they have been killed for expressing the truth. In the 2020 World Press Freedom Index, India is ranked 142 places out of 180 countries in the world rankings. Our neighboring country doesn’t set a good example either, Bangladesh is ranked at 151 position.
People are becoming hostile towards different views or arguments, instead of engaging with counter-arguments, rational people are being killed for speaking or writing the truth. As per report The Committee to Protect Journalists, 50 journalists have been killed in Indian since 1992. In many cased motives has been confirmed. However, in many cases, journalists have been killed for speaking or reporting against wrongdoing or uncovering a scandal, but the culprits have not been brought to book yet.

The situation is, even more, perturbing for non-English language reporters residing outside the metropolitan world of India. This is really scary for those, who work in those circumstances with any security. During my field visit to remote locations of India, I had chances to interact with press reporters at the district or block level. There were very low paid and their income is based on the number of incidents that they manage to report.