Jawaharlal Nehru : what i know about you? 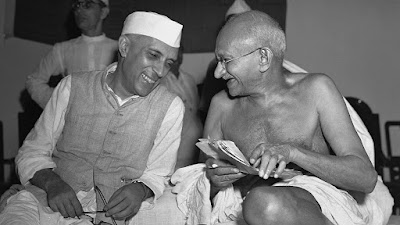 Today we are remembering Pt. Nehru on his Birth anniversary, But I am recalling his historical speech, when he shared his emotional outburst after Gandhi's brutal killing in the day light in Delhi, "The Light Has Gone Out of Our Lives". Yes Pt. Ji, that was beginning for the losing the lights or wisdom from our life in India. The light is still fading the remaining brightness, on which people like you tried to build our country.

Even, I am big fan for your understating of the economic development, to choose between the hard core capitalism and socialism. Your idea to go as mixed to take our strength of economy as well as the industrial development for larger production. In the time of economic depression and slow down, our diverse kind of economy activities saved our county.

You had given us strong foundation of democracy in our country. But how can democracy functions without justice or equal opportunities for all. Which did not translate in to reality, even after the 72 years. And at the same time, we have strong surge of Right wings politics, that you will be surprised to see, even in your own party to counter to others, without thinking any other ways to counter those. We were hard core supporter for separation of the politics and religion. But, when I am writing this, Delhi’s Chief Minister is organizing grand Diwali Puja as a state function, where his all cabinet minister was present to participate in the puja. Here, I am talking about the party, who claimed themselves as modern and progressive in the outlook. I will not say anything about the real right wings party/ groups.

You were strong advocate for the scientific temperaments or rational thought. Currently, in the age of Social media, people are just kidding knowledge through whatAP/ Facebook/ twitter … These are biggest source to spread hatred and irrationality to polarize the people, so they can be used as a political tolls.

Many people still remembering you as a chacha Nehru and your Birth day is being celebrated as a Children day. There are only hope with the children to became change maker for making the dreams of people like you in to reality, perhaps these youth can bring back the light again, what you were missing on 30th January 1948.