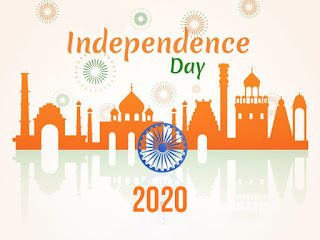 We got independent from British rule 73 years ago. The cost of getting freedom on 15th August was enormous struggles, which was being done by the all people across caste gender religion or region. Our leaders like Gandhi, Nehru, Azad, Ambedkar, Patel and many more dreamed for multi-cultural, living with dignity by all faiths and believes or even if some on don’t follow anything and equality before the law. Despite of huge challenges of caste and poverty.

In the  last seven decades, our county has success on many fronts, but still the dream of our freedom fighters needs to be remembered time to time, by the Citizens of our country. Our leaders had given us one bounding text, Indian Constitution to follow. Which guarantees freedom and pride for the Citizen, but its depends totally on us, how one implementing the law. We have various examples, like caste discrimination, Gender Justice and many more.  Freedom or independent will not come or sustain automatically, the most important role of the citizen to be aware and identified, where or how your freedom or independent voice or space are being encroached.

Our 90% of work force don't have secured income, forgot about the proper social security nets. I am talking all those in the certain context, after lock down there are no concrete majors being announce for the Labour, who has been working in the all kinds of Industrial work, people engaged in the constitution work, we have large numbers of people working as a self-employment for earning livelihoods for them self and for the family members of at least 5-6 people.These people are not ordinarily people they have been making Indian economy into reality for the many years, but in return these people have nothing except humiliation and always being treated like second class citizens.

Happy Independent Day. Along with, please don’t forget the people, who migrated back to their home by own, walked thousands KM without food and water. When we are celebrating our 74th Independent day, lakhs of people are suffering from the Flood in Bihar and Assam.

Institutions in Democracy are most important for the protection of the rights of individuals citizen as well as dignity. Let us remember our freedom fighters and the ethos and sprite of the their struggles against the British rule,which was not only to change in the power to one hand to another. But, they were also committed towards social justice for all without any distinction based on the race, religion, gender or region.