I Am Not An Expert, But These Recent Changes In The Indian Economy Worry Me 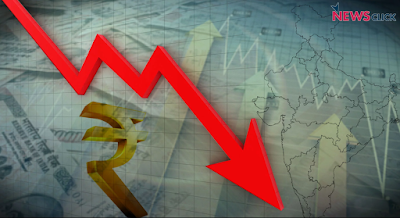 VG Siddhartha, the founder of India's largest coffee chain, was found dead on Wednesday morning, 36 hours after he went missing from a bridge near Mangaluru in Karnataka, he has written a letter in this explained about his difficulties, if this letter is authentic, then it’s really alarming situation for economic of our country. its seems we have many wrong in the system for doing business, even for large company.

We have serious problems with our economics, we have been facing many difficulties on the social fronts, those not necessarily linked with this dispensation only. My own impression was with this government, at least they will not let down the basics economics of our country in spite of the world economy are still not found resolution of the 2008 crisis. I am not student of the Economics still i have few anecdotal evidence, based on that, i am worried about the health of our economy. I  will share four anecdotes based on my experiences.

One of my friend doing business related to stocks/ mutual funds, we have been knowing each-others for last 12 years, he has better sense of market economy. He was strong supporter of the Modi's speeches on market reforms/ business. He visited me last week, he was looking devastating as far as market and business of country is concerned. I can feel his pain and anguish with the Budget being presented by the Finance Minister, Nirmala Sitharaman. Usually, i tried to engage with him for discussion for healthy disagreements, but this i don't had guts to criticize him any more, contrary i was counseling to him that, market will again come back on the track.

My second anecdotal evidence market are not performing instead going down, the sensex and Nifty are down by 5-6%, India has huge business linked with stocks, one can estimate, how much we have lost with this declining of the stocks.

Third, after demonetization, our small business and non-formal economy collapsed, wherever i am traveling in the county side, people from small business or home based entrepreneur had substantial loses. People from informal sectors lost the job and many wage labors has to go back to their home due to unavailability of jobs. And, still there are no signs of improvement.

Fourth, due to bad planing for implementation of the Goods and Services Tax( GST), many small and marginalised busneess have been closed, like readymade garments, gems and jewellery, leather, handicraft and basic machinery manufacturing are hit the most, industry bodies from across the country. A survey by the All India Trade Union Congress (AITUC) in July found that a fifth of India’s 63 million small businesses – contributing 32% to the economy and employing 111 million people – faced a 20% fall in profits since the GST rollout, and had to sack hundreds of thousands of workers. As current economic survey of India explained, the gross tax to GDP ratio declined to 10.9 per cent in 2018-19 as indirect tax revenues fell short of budget estimates by about 16 per cent, due to shortfall in Goods and Services Tax (GST)

Fifth, our Banking sector is in deep crisis, there are no efforts to improve the situations, due to bad indicators of market, Banks are not lending money and at the same time people also not taking loan for investment in their business due to lost confidence in the market. A nonperforming asset (NPA) has been big challenges for Indian banking system for long time, there are no substantial sign of improvement in the NPA.

Sixth , Leading industrialist Adi Godrej, Chairman, Godrej Group,warned that rising intolerance, hate crimes and moral policing can “seriously damage” economic growth of the nation. Godrej was
speaking at a leadership summit to celebrate the 150th anniversary of his alma mater, St Xavier’s College. He further added "One must not lose sight of the impoverishness that still massively plagues our nation, which can seriously damage the pace of growth going forward,

Seventh, Agriculture Distress , For the long time India farmers has been facing crisis, due to the wrong policy towards farming or for farmer, in the recent times government are not taking any revolutionary steps to help farmers, instead they are just waiting for farmers to leave farming.
Farmers finding it difficult to recover even their cost of production. New generation from farming community not ready to practice farming. Most of them willingly or unwilling migrating to the Urban space for in search of Livelihood, but there is no dignified work for them in the cities.

For conclusion, I will leave up to readers to understand the economy and market based on their experiences, and jobs availability for the youth of our county.