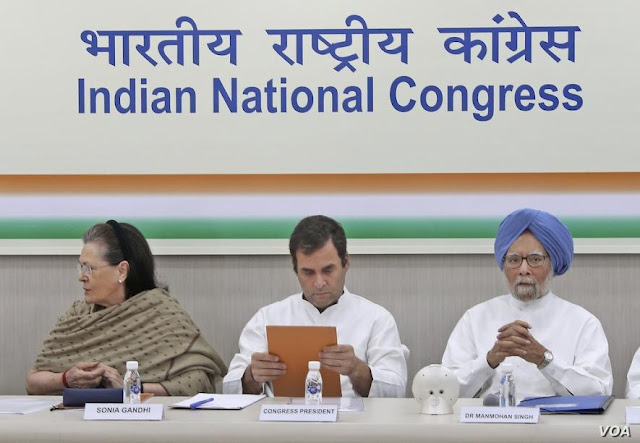 I think it is a humiliating situation for the Congress party that they haven’t had a full time Party President for more than one year since Rahul Gandhi asked his party to choose a new President. There is a need to take radical steps to reform the party and build a new leadership for a better India. For a long time now, this party has lacked strong ideas that could inspire enthusiasm in the party workers.For the last couple of years, kind of politics in our country is taking dominant space to polarize or society. Party workers, need systematic program and vision to fights with all kinds of odds.

In my opinion, the ‘chamcha’ culture seems to be one of the most important criteria for getting a post in the party. Even though Rahul Gandhi tried to change that culture, he failed.

The Congress Party should reform the structure of the party by recruiting a young and dynamic President. They should have a combination of young and old workers, those who are committed to the Idea of Nehru’s India. They can also give a chance to young women, Adivasis, people from the Dalit community, and Muslims, as well as other social groups.

One thing is clear, the Congress was in power for a long time. During the Congress reign, there were instances of party leaders allegedly involved in corruption and this played an important role in the downfall of the Congress in the last two elections. So, the Congress party will have to look into corruption charges levied against their leaders.

The Congress will have to change the party’s structure to become relevant in the ‘New India’. The aspirations and needs of the people are changing very fast and the party should address the imagination of the people instead of working with old fashioned elite leaders.

Here Is An 8 Point Agenda I Would Like To Put Forth To The Congress Party:

The party needs to define its ideological position clearly; they can rely on Nehru’s position or his idea of India.

They should reinstall the democratic structure of the party at all levels.

Elect a young and dynamic leader as party president, who should have grassroots appeal as well as strong leadership skills. Also, the new leader should be capable of challenging his opponents.

The Party leaders will have to come up with a strong narrative to counter their main opponent, the BJP.

The Congress will have to elect new, credible leaders, and they should give fair representation based on caste, gender, religion, region etc.

They should work harder to make permanent alliances or give proper space to former Congress leaders, those who have formed other parties.

The Congress will have to create a collective leadership approach and the new President will have a crucial role to play. After a long time, the party might be led by someone who will be not from the Gandhi-Nehru family.

During PV Narasimha Rao’s Congress reign, the party started declining at the grassroots level, particularly in north India. The new president will have to work with three heavyweights from the family. This will be one of the most difficult and challenging parts of his or her role. Congress party should learn from Mahatma Gandhi to organise various interest groups on one platform, to raise contemporary issues like employment, farmer’s crisis, price rise and others unrests in the country.