Nelson Mandela: The ‘Troublemaker’ Who Fought For Peace And Justice In South Africa 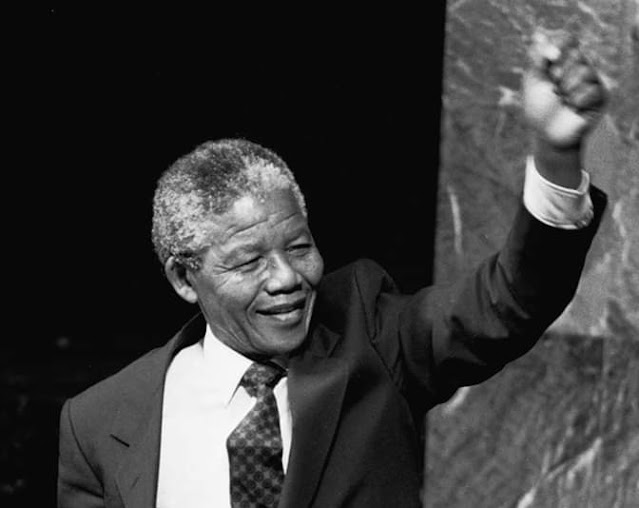 Nelson Mandala, one of the most remarkable personality of the 20th Century. Born in an era of racial segregated and oppression in South Africa, in the village of Mvezo, Transkei, a tiny village on the banks of Maashe River in the district of Umtata, South Africa on 18th July 1918, his name was Rolihlahla , in, Rolihlahla meaning ‘trouble maker’. He was first person in his family, who went for English education, where his British teacher Miss Mdingane gave his name Nelson.  This is the first time, where young children were able to understand, the interesting game of cultural domination, through the education, in this process, first he received new name. That time the whites either unable or unwilling to pronounce an African name, and considered it uncivilized to have one.  As Nelson Mandlea himself described in his autobiography “The education I received was a British education, in which British ideas, British culture and British Institutions were automatically assumed to be superior”.

Nelson Mandela was an extraordinary global advocate for dignity & equality. He exemplified courage, compassion and commitment to freedom, peace & social justice. Honesty I would say. I am not his follower. But I inspired by his work and action for ensuring justice and dignity for the South African people.

I still remember cold evening of  11th February 1990, while have dinner with family in my village in the north India. My grand farther, who was the big fan of the Mandela, asked my father to tune in the BBC Hindi news, which was only available and trusted news for us, and we were religiously following the news of the BBC-Hindi. That was the first time, we got news about his release from prison. This was great moment for us in our family, everyone was cheering for Mandela and the end of apartheid laws. Since then, I have become student of the Mandela. This was his famous statement after coming from Jail " I have a fought against white domination and I have fought against black domination. I have cherished the idea of a democratic and free society in which all persons live together in harmony and with equal opportunities It is an ideal which I hope to live for and to achieve. But if needs be, it is an ideal for which I am prepared to die "

After election in 1994, Mandela took charge of President of the South Africa. One of the historic step he had taken to forgiveness, so he established  “Truth and reconciliation commission”. The Truth and Reconciliation Commission was a court-like restorative justice body assembled in South Africa after the end of apartheid. Witnesses who were identified as victims of gross human rights violations were invited to give statements about their experiences, and some were selected for public hearings

Now, he became one of the respected leader of the world, He had strong connection with India, he inspired by Mahatma Gandhi’s idea of Non-Violence. India as a Nation and the people of this country supported struggle of freedom lead by Mandela.

In the October 2018, I had chance to visit South Africa, where i went to see the situations of the Farm Workers. I was upset to observe, how the condition of the farms worker are still appalling. There are still unequal land distributions among the people, most of the lands are with white community. I interacted with one farm worker, his situation was like bondage labor, owner of the farm has given the one room house near the field, that was all for living of his family, he has to work in the pear farms, i observe, even though has multiple skills, knows farming and driving but he has no option for mobility to explore better life. So, South Africa has to go miles for making dreams of Mandela's in to reality.