Government for last 15 years in the name of reforms and governance : Now blaming predecssor in Bihar 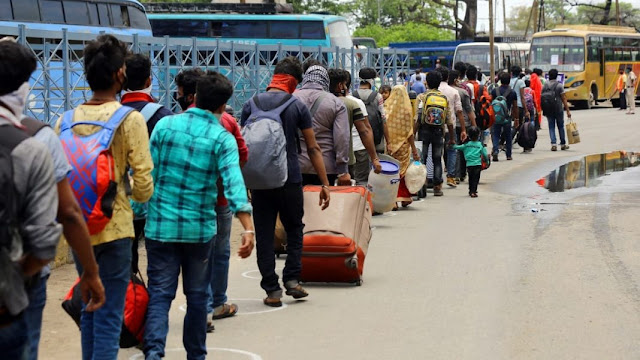 The second in command of the Bihar government put the onus of the bad health facilities in the state to their predecessor, when things are getting worse, people are not able to even receive the oxygen support, this is not in one case in the state, where things are in the bad shape instead everywhere is in discouraging health infrastructure. Its look like, health system in the Bihar itself required grater treatment. The present government has been ruling the state almost for the last 15 years, there entire campaign was based on the reforms and governance in the Bihar. These current ruling elite failed on the both fronts. I don’t have to explain in the greater way, because you have the evidence with the image in the immediate past and the contemporary time.

For the reforms, you have to just look the situations of the Bihari migrants. In this COVID19 lockdowns just break the curtain from the hidden despairs and exploitation of the migrants form Bihar, the same Bihar Government instead of helping to migrant, they said, they don’t have resource to help, I am sure, you must have remembered the students in Rajasthan wept on the social media for help from there CM. There is no need for explain, what happened to the migrant afterward, the untold story for struggle of poor people to reach their home. This itself explains about the story of reform being done or not done by the current government in last 15 years.

The governance and state health infrastructure are not up to par, let alone the preparations of the state to handle a crisis like this pandemic. One can understand this through the case of the recent outbreak of Acute encephalitis syndrome (AES) in Bihar in June 2019, where around 37 child lost their life, or rather, I would say, the health system of Bihar did not have the capacity to prevent the situation. This was palpable from the reports coming from the ground; and only functional institutions at the ground-level could have averted the grim situation. Furthermore, according to Nation health portal (NHP) 2018, in Bihar, one doctor serves a total population of 28,391.

These are certainly alarming situations in Bihar, and the statement given by the top minister of Bihar cabinet. He put all responsibility on the opposition leader, to whom they defeated 15 years ago on the basis of tall promises. This is the height of irresponsible behavior of ruling party. Perhaps, they know governance and promises are just for the election campaign slogans. They are confidence enough to get vote in the name of slogans or divisive policies.  Here, the poor or marginalized section being most cheated by the system. Hope, upcoming election will have some alternative for the marginalized section of the society.