The cost of the Speaking Truth : The challenges for Indian Journalist 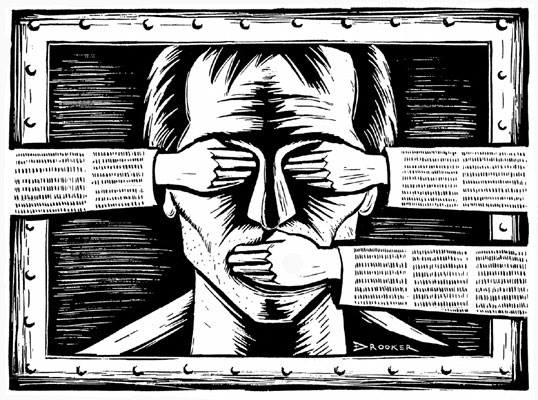 The way Indian Journalists are being targeted through cases against them for reporting, this is not new in the history of Journalism, that was very much in the colonial period, and like many tradition or practices being carried forward from British rule, one of the bad practices being continue “Media censorship”. Which is often being done silently or selectively in the past. We had censorship moment during the emergency. The famous words of LK Advani, about the character of media during emergency “crawled” when we were asked to “bend”.

I don’t have words to explain the current crisis in Indian media as our veteran leader had explained about the emergency. But, we have not heard any things from LK Advani about current state of Media in India. I don’t have any idea, why he is feeling or how will he explain his own words, which he had given on Indira’s emergency.

The censorships in the Indian Media are visible for quite some time, we have multiple examples to proof this argument, In the TV programs, many program or journalist are being asked to stop the program, Journalist like Punya Prasoon Bajpai and Abhisar Sharma are example on this onslaught.

This is not stopped here; many journalists are facing court cases against them for writing reports. Is this the way our journalism or media work? As a pillar of the democracy. I am just trying to understand. At the same time, when media are becoming instrument for political elite. In the past, political elites required media to connect with people or express their idea. Now, this is just opposite, media need political elites to run their shows.

Who will suffer most in such situation. The ordinary media personal, wanted to pressure their dream for becoming journalist. I am afraid, how will be possible for ordinary journalist to perform his/her job with integrity of journalism "fearless reporting " in such situations. Where he/she will be more careful to protect for being dragged in to court.

Unfortunately, the reputations of the Media one of the pillar of Democracy is almost in the coma for the quite long time, one can understand, In the 2019 World Press Freedom Index, India is ranked 140th places out of 180 countries in the world rankings. Hope, our other pillar of democracy can act to save the one pillar, before crumbled.