Ram Mohan Roy: A Revolutionary Hero Of My Childhood 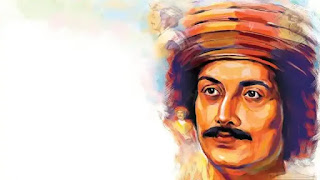 Ram Mohan Roy was one of my revolutionary heroes during my childhood, particularly his guts to stand against the odd practices in the religion. On May 22, This is the 248th birth anniversary of Raja Ram Mohan Roy, “the father of Indian renaissance”, he was the founder of ‘Bhahmo Samaj’ and worked relentlessly against the social inequalities. He was one of the great social reformer in the modern Indian history.

Roy was born on May 22, 1772, in the village of Radhanagar, Hooghly district then, Bengal Presidency. He did formal education from his village 'Pathshala', where he learned Bengali, Sanskrit and Persian. He also grasped in-depth knowledge of Hinduism, Islam, Christianity and Buddhism. He also studies Vedas and Upanishads for seeking the knowledge to understand the Hindu religion. Roy did not stop her after knowing the Hindu religion, instead he studies about the Islam, Christianity and Buddhism. He believed that every religion has truth in it. And at the same time, he criticized the symbolism and ritualistic practices of the religions.

One of his main contributions was, to the abolition of the Sati practice, where a widowed woman either voluntarily or by use of coercion jumps to her death into her husband’s funeral pyre. The Bengal Sati Regulation Act which banned the Sati practice in India was passed on December 4, 1829, by the then Governor-General Lord William Bentinck.

As a Social reformer, Ram Mohan Roy tried to fight against sati, polygamy, child marriage and the caste system. He also demanded that there should be property inheritance rights for women as well.  He was also a great educationist of his time, he had a firm belief that only education can implement social reforms. In 1817, in collaboration with David Hare, he set up the Hindu College at Calcutta. Roy also founded Anglo-Hindu school in 1822. He was one of the early believers in the integration of western learning into Indian education.

Raja ram Mohan Roy always stood for a freedom of press and believe free press can act as a bridge between the government and the society. Raja Ram Mohan Roy who was known as father of Indian language journalism. His publications like ‘Sambad Kaumudi’ (Bengali) 1821 and ‘Mirat-UL-Akbar’(Persian)1822 were the publications which had nationalist and democratic orientation. His most popular journal was the ‘Sambad Kaumudi’. It covered topics like freedom of the press, induction of Indians into high ranks of service, and separation of the executive and judiciary. In the contemporary time, the freedom of press in India are still far from reality or being compromised. Unfortunately, the reputation of media as one of the pillars of democracy has almost been in a coma for a long time. In the 2019 World Press Freedom Index, India ranked 140th out of 180 countries in the world ranking.

Ram Mohan Roy stood for a free press and was the first one to challenge the British administration. When Press ordinance act was imposed, along with Dwarkanath Tagore, Harchandra Ghose, Chandra Kumar Tagore, Prasanna Kumar Tagore, Raja Ram Mohan Roy submitted a memorandum to the Supreme Court arguing in favor of freedom of press in India. Mohan Roy once said “It is our intention hereafter to give further currency to the Articles inserted in this paper, by translating the most interesting parts in the different languages of the East, particularly Persian and Hindoostanee; but all this will entail considerable expense, the accomplishment of it will, of course, depend upon the encouragement which we may be able to obtain. The foregoing being an outline of what we are desirous of performing, our countrymen will readily conclude that although the paper in question be conducted by us, and may consequently be considered our property, yet virtually it is the ‘paper of the public’ since in it they can at all times have inserted, anything that tends to the public good.”

I can recall during my adolescence, because of him I had so much power to raise questions about my own religion. After so many years of wondering, Ram Mohan Roy may be one of the factors that made me question my father about our religion. And, he candidly responded to my questions, I still remembered, when I started learning about Karl Marx and his taught, I can recall my conversation with my father, about the religion as an "Opium of the People", even both us walking towards Masjid for namaz during chilling cold evening, my father never discourages me to think critically. I can think openly and without any influences because of my family has instilled in me the teachings of Ram Mohan Roy.