Hate Speech In The Time Of Social Media 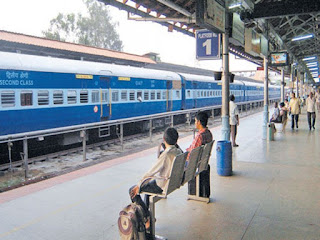 It is always interesting to travel by train. Everyone is in a rush, but we don’t know what is the urgency all about. Initially, I tried to reach the train station or airport well in advance. After some time, I also got infected with the habit of reaching the station in the final moments.

I reached the station to catch the train, but there was no pantry car. So, I had to fetch food from the station for dinner. I boarded my train from Bhubaneswar for Muniguda. I always prefer upper side berth whenever I [lan to travel alone. I placed my luggage with a bit of satisfaction since I had made it to the station just in time. I was trying to read my book, which happens to be a traveler’s best companion. Suddenly, I found one middle-aged person on the train. It looked like he has been doing well in his life. He was busy looking at his mobile. Out of curiosity, I tried to look at his screen secretly/discreetly. I was surprised to see that this guy was busy spreading hate messages through Facebook. I wanted to interact with him, but he stopped me from talking to him about all the hate messages he was forwarding.

This gentleman was busy propagating Islamophobia and spreading incorrect facts on social media. I felt it was way below my dignity to indulge in any discourse with him. At present, we have a massive load of information floating around us. People are accepting news reports based on biased and morphed sources. This leaves a lot of room for hatred and misconceptions. How can we engage with the public, considering the misconceptions regarding religion or beliefs? As a society, have we lost the ability to have genuine and healthy disagreements?