Tabrez Ansari’s Death Is Not The First Of Its Kind, And Will Not Be The Last 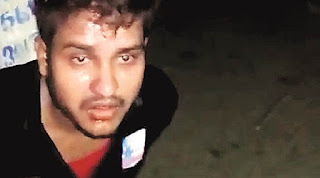 People, specifically the Muslim youth, should not see the killing of Tabrez Ansari as an isolated incident.

In our country, many castes and communities have been targeted by the same people for long time. To understand those events, you will have to look at contemporary history carefully. For example, the Adivasis of this country have been suffering for a long time. They occupy the social periphery due to continued suffering.

Members of the Dalit community of our country have been penalized for ages. Because of Dr Ambedkar’s politics, Dalit voices could continue to be assertive. But, we must remember, those who killed Tabrez also killed the assertive Dalit voice, and all three of these were built under the provision of Indian constitution.

For example, the Kashmiri people have also suffered for decades, and of course, we all know how many Kashmiri Pandits have lost their homes.

Whether the Congress rules or the BJP rules, hatred brigades are always at work, spreading venom among minorities. The only thing that shifts is the target group. The killers of Tabrez Ansari are only the instrument.

Of course, the law should give punish them. But, progressive people and law abiding citizens have to still think about the source of this hatred.