World Press Freedom Day : How Safe Are The Journalists In India? 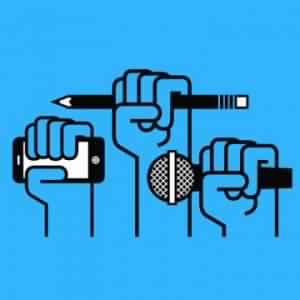 Today, we are celebrating World Press Freedom Day. Which was proclaimed by the UN General Assembly in December 1993, following the recommendation of UNESCO’s General Conference. Since then, 3rd of May, the anniversary of the Declaration of Windhoek is celebrated worldwide as World Press Freedom Day. The Freedom of expression is fundamental right as stated in Article 19 of the Universal Declaration of Human Rights.

Globally, those of who have to work for press are facing difficulties, like working under extreme pressure of authorities and influences of corporate-driven media houses. People from the press have been incarcerated on the false cases, facing torture/abduction and in the many cases in India or elsewhere they have been killed for expressing the truth.

In South Asia, Freedom of the press is under the attack, In the 2019 World Press Freedom Index, India is ranked 140th places out of 180 countries in the world rankings. Our neighboring country doesn’t set a good example either, Bangladesh is ranked at 150th place. We came across a piece of news last year about the arrest of 63-year-old senior photojournalist Shahidul Alam for reporting the students’ protest. He was released from prison after more than 100 days. In Bangladesh, many bloggers are being killed or intimidated for writing on religious issues.
In India, we have a fairly strong history of a free press, even during the British rule, our leaders like Mahatma Gandhi, Dr. B R Amberdkar and Abul Kalam Azad published various weekly newspapers. However, they had also faced intimidation and censorship during the freedom struggle.
The Indian Emergency of 1975 was the only time in the history of independent India when it’s press was censored officially. This was the darkest time that Indian democracy ever experienced as far freedom expression is concerned. For nineteen months, the Indian press was censored and was prohibited from publishing even vague criticisms. Through the Maintenance of Internal Security  Act of 1975 (MISA), Indira Gandhi, the erstwhile Prime Minister of India censored the press and the fundamental right of freedom of expression.

People are becoming hostile towards different views or arguments, instead of engaging with counter-arguments, rational people are being killed for speaking or writing the truth. As per report The Committee to Protect Journalists, 50 journalists have been killed in Indian since 1992. In many cased motives has been confirmed. However, in many cases, journalists have been killed for speaking or reporting against wrongdoing or uncovering a scandal, but the culprits have not been brought to book yet.

The situation is, even more, perturbing for non-English language reporters residing outside the metropolitan world of India. This is really scary for those, who work in those circumstances with any security. During my field visit to remote locations of India, I had chances to interact with press reporters at the district or block level. There were very low paid and their income is based on the number of incidents that they manage to report.

Moreover, in many cases, media houses have declined to pay for some News pieces as they weren’t that relevant according to them. Even worse, in this age of social media, activist and reporters are threatened or are even being put behind the bars every now and then for merely posting their views or comments online. Media is called the Fourth Estate of democracy, and to stand true to it’s designation it is imperative that our journalists are able to exercise freedom of expression in a fearless unapologetic yet responsible manner.